My year in CPD

The last time I filled in an application form I found myself rifling desperately through several years’ worth of wall planners in order to accurately complete the CPD column. Thus, it made sense to blog about it instead, so as to keep it all in one place; and if I am feeling arrogant enough I can just write “See blog” in that column. Yknow, if it’s a job I don’t want or something.

Here’s what I’ve attended this year in the name of honing my practice.

I began with #TMClevedon at the end of term 1; continued with #TMHBB at TLAB13 in March; a history-specific #TMHistorySW in May; then finished with #TMWilts and #TMSHP25 in June and July respectively. I spoke at four (three times about scaffolded marking but luckily I was the only common attendee so I got away with it).

They were all very different and I enjoyed them all immensely. It was great to hear big name speakers like Vic Goddard at #TMClevedon and I managed to get a couple of my colleagues bitten with the bug. The other four were the kind I like most of all, though, because they were full of teachers looking a little bit nervous and unsure of themselves, sharing an idea they thought was good. The particular stand-outs were the head of lacrosse talking about her triumphs, the argument tunnel, the consideration of what used to be where the M32 is now (still need to read up on that), the English teacher explaining the merits of all-boys KS4 classes, the silent movies built around WW1 artefacts and the fresh take on group work by an ex-colleague famed for his loathing of group work (or, more specifically, anything that he cannot control). I fear offending someone by not mentioning them but I reckon I’ve probably seen upwards of 50 separate presentations this year and it would be impossible to share them all.

My favourite CPD was always going into another school and watching other history teachers at work. TeachMeet is like that, and I can’t recommend it highly enough.

The brainchild of Dr Nick Dennis, this one-day, Saturday, bargain conference aped the SHP model but provided excellent CPD across a range of subjects. I loved the two history workshops I went to, one of which was full of hands-on, practical ideas I could use right away, while the other provided a case study on improving student writing which I have used and refined at key stage three for the remainder of the year. There were also three lectures which really got my brain ticking over about the broader aspects of education and pedagogy, my favourite of which came at the end of the afternoon with Bill Rankin. My blogs of the day can be read here. I’ve already diarised this for next year.

As a school, we’ve been very fortunate to win a grant from Wiltshire for the next academic year to run an action research project focusing on technology and its ability to narrow the gaps. We are one of only three secondary schools in this year’s cohort and it was so interesting to go to the launch and hear about what all the primary schools are intending to do, as well as sharing ideas with one of the secondary leads who has already gone quite a long way down the BYOD route. I am really looking forward to the meeting in October, when we will see presentations of the results from the first cohort who have been running their projects this year – including one of our feeder primaries who presented her digital leaders at the ICT conference at UWE a couple of weeks ago.

It was also really useful to hear from county advisers on the best way to run an action research project, and be provided with tools and tips for planning it and carrying out the necessary baselining. I am really looking forward to getting started with this project and this was an excellent launch of it.

The Education Festival at Wellington College

After seeing this flood my Twitter feed in 2012 I booked an early bird ticket for two days without really looking at who was speaking and when. The first day – Friday – was jam-packed thanks to some juggling in the schedule so we didn’t even have time to eat (read: queue for) lunch. I loved the diversity of the festival: Wilshaw and Gove rubbing shoulders with Katie Price; inspiring educators I’d seen presenting at local teachmeets along with big hitters from the education world. I was glad my colleague and I decided to stay over locally because I was exhausted by the end of the first day.

Overall, I felt this could have benefited a bit more from having a few more hands-on teacher sessions, or at least rooming the ones it did have in spaces large enough to accommodate all who wanted to attend (in my bullish resolve to squeeze into Tom Sherrington’s session I half sat on somebody who turned out to be a bit of a VIP #awkward). I know it’s not a conference aimed solely at teachers but we seemed to be in the majority. I know the Knowledge vs Skills debate continues to rage for some reason but, while this is interesting and I have an opinion on it, I can’t help but feel it is somewhat above my head as I focus on the day-to-day teaching that goes on in my classroom; I felt that the sessions were focused a little too sharply on the rhetoric for my tastes. Perhaps it was just the sessions I chose to attend. The blogs of the sessions I attended are here.

The 25th annual conference was the best yet, and booked out this year. As usual it provided great variety of plenaries and workshops; this is just the thing for the end of the school year and has got me flitting around reorganising KS3 and GCSE practice ahead of the new school year. It was great to catch up with old friends and meet so many new people. It was also very gratifying to get so much positive feedback on the workshop we ran: there is little better than having colleagues comment favourably on what you’ve been slaving over all year. The blogs of the sessions I attended are here.

Some other bits and pieces: I’ve had six days of exam board meetings this year, too, connected to my role as Assistant Principal for a GCSE paper. From this perspective I’m not sorry to see the January modules go. There’s been some in-school training on Ofsted. Timely, since they came in February. In my capacity as a staff governor I was involved in the head teacher interviews which was absolutely fascinating and excellent training for me.

Additionally, I’ve been involved in delivering some bits and pieces this year, as well as the SHP workshop, like the whole-school CPD on teacher questioning in November, the visit to a Bristol school in April to share GCSE tips, the AGT session for second and third year teachers in the West Wilts Alliance in January, and the exam-busting workshop on Medicine Through Time I spoke at here –

with Chris Culpin and Richard Kerridge in March, where I got to wear one of these – 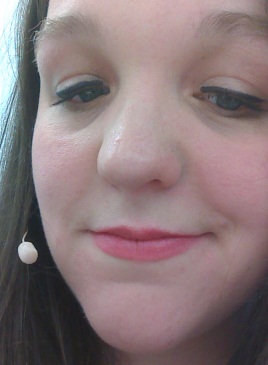 However. Amazing though all this CPD has been (and cheap, too – I self-funded EdFest and TLAB out of money I earned doing additional work, like exam marking and book writing, in the spirit of reinvesting career gains into my career, so the total cost to school for this year was £150 not counting supply), my favourite piece of school training this year was something completely different.

That came in November, when I went to the snowdome in Hemel and finally achieved my ASCL qualification after deferring the pass the previous year due to lack of confidence/ability on the slopes. This, in spite of scoring 93% on the written exam! Being a swot turns out not to be everything. I’m not naturally sporty. I worked extremely hard to improve my fitness and skiing in the interim year and it was really exhilarating to see that finally all come together.

This entry was posted in CPD Notes. Bookmark the permalink.